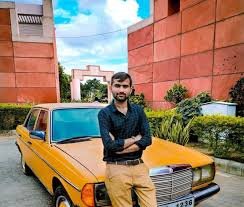 Junja Ram better known as Junjaram Thory is from Jalore, Rajasthan. He was introduced to the music industry launch his first soundtrack “Dreams: Instrumental Music” on Youtube first. After some days he releases his soundtrack on different music platforms like Spotify, Gaana, Apple Music, iTunes, Amazon Music, JioSaavan, Hungama, and many others.

Junjaram Thory has released his soundtracks on foreign music streaming platforms like Deezer, Tidal, Napster & many others. You get TheMostakim music on TikTok, Instagram, or Facebook library also. Junjaram also seen in “Safar” song with Jagirdar R.V, Dr.Kush and Dev.

Junjaram has released his music “Mhara Banosaa” with MSK Pankaj and Vishnu Sharma and also released “Dreams” with Jethu Sisodiya.